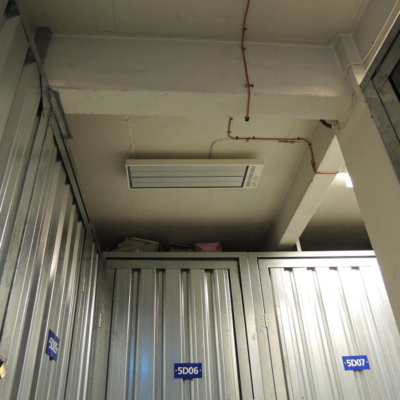 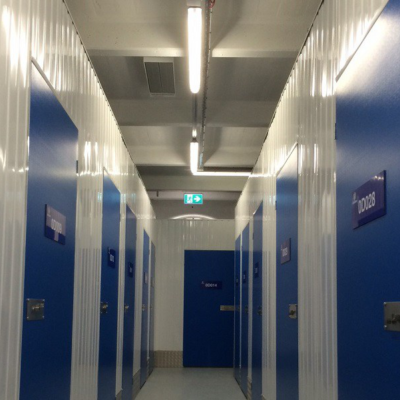 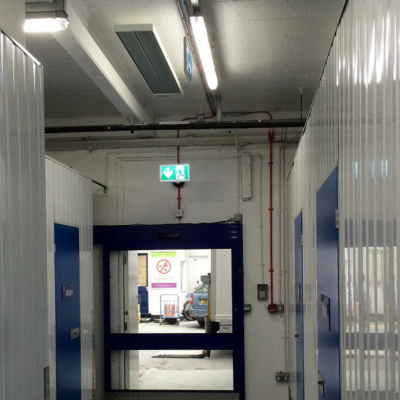 ABC Selfstore in north London owns a six-storey building which has been fitted-out with self-contained storage units. The building was originally heated using a traditional wet-system with a large gas boiler. However, the boiler had not worked for some years and needed replacing whilst the pipework and radiators had corroded and become prone to leaking. As a result, the insurance company had raised concerns about potential claims from customers whose possessions may be damaged as a result of leaking heating pipes. The building was poorly insulated and prone to cold spots and draughts.

ABC Selfstore’s customers do not spend long on site when visiting their storage units and tend to be actively moving around for most of the time. Therefore the building does not need to be heated to a high level. Nevertheless, whilst in the building customers and staff do need to feel comfortable.

The floor area containing the storage units is extensive but this area remains mainly unoccupied and does not require heating. Focusing on the corridors and stairwells (the most frequently used areas) a direct form of heating was required which retained the warmth within the communal areas and avoided wasted energy from heat dissipating into the unoccupied storage units.

Different parts of the building had different heating requirements due to physical characteristics. For example, the front of the building and the stairwells have more windows and therefore require more heating than the rear of the building with solid brick walls.

The ETHERMA EZ heaters provided the best possible solution. Ceiling-mounted above the corridors they directly warm the area below – keeping the customers and staff at a pleasant temperature. With an installation height of 3.4 m they are safely out of harm’s way but still highly effective.

The EZ heaters use infrared to create the warmth. This mimics the sun so, rather than heating the air, directly heats solids (thermal mass) – the floor, walls and the occupants. With minimal heating of the air, convection currents are significantly reduced thus less warm air is lost to unoccupied parts of the building. Precise control of the heating saves operating costs and avoids wasting valuable energy. To this end every floor was split into 2 heating zones, each controlled by wireless programmable thermostats.

The Solution in Detail

The building heating system comprised of 72 x ETHERMA EZ 1.2 kw and 7 x 2 kW double panel infrared radiant ceiling heaters. These were installed above the corridors and in the stairwells outside lifts. Each heating zone (2 per fl oor) is controlled by an eNEXHO-CL wireless thermostat. Due to the size and structure of the building WiFi Signal Repeaters were used on every other fl oor to ensure that a consistent signal is maintained throughout the building.

The eNEXHO home automation system allows the heating on each fl oor to be controlled from anywhere and at any time via a smartphone, tablet or PC using a free app. Various heating profiles can be programmed, real-time room temperature information accessed and changes made wherever you are. 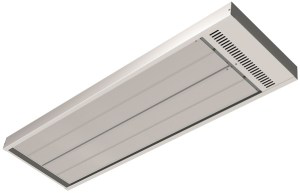 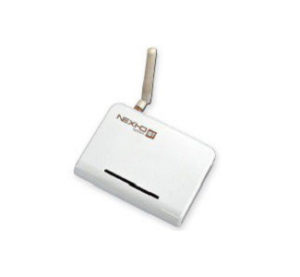 Central radio-controlled data module which allows internal & external communication for all units. Using the eNEXHO Software, it is possible to use a smartphone, tablet or PC to change the room temperature at any time. Additionally, venetian blinds can be opened and closed, the light dimmed and various safety systems such as fire detectors, flood sensors and cameras may also be controlled with the eNEXHO-NT. 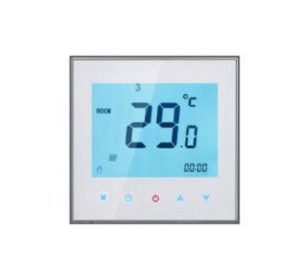 The eNEXHO-CL radio-controlled thermostat allows precise room temperature control. Once installed and integrated into the eNEXHO system, at the touch of a button, up to 6 different on- and off-times per day can be programmed for each thermostat.